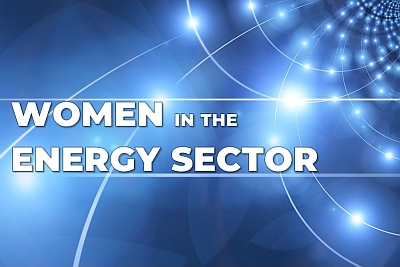 ERRA continues to support gender equality in the energy sector and as such returns to the series of webinar on:

Women in the Energy Sector – My Career Story.

The concept of the series bases on interviews with leading female figures in the energy industry with a purpose of learning from their inspiring biographies and reflections on the course of their professional paths – what were the drivers of their professional development, what helped them to get where they are and what advice can they convey to their colleagues.

In the fourth webinar of the series we will have a chance to listen to another interesting career story by:

Małgorzata has over 25 years of experience in the energy sector; since 2009, she has been director of the Energy Regulatory Office Branch in Cracow. As she says: I spent half of my life at the regulator.

As a director of URE’s branch office, Małgorzata with her team , has been very active in promoting knowledge on Polish energy market among consumers, companies and other market players. She shared her expertise during many conferences and trainings on Polish energy sector. Many times, she participated as a speaker preparing thematic presentations. As was the case recently, during the Study Tour on District Heating – Central Asia Regulatory Partnership, organised by NARUC and USAID in November 2022 in Budapest.

Maintaining a healthy work-life balance is very important for her. In her free time she pursues her own hobby like travelling, swimming, dancing and cooking. She also greatly appreciates taking care of her one-year-old grandson.

Even despite Malgorzata has been working for ERO for many years by now, she is still very loyal, devoted and passionate about her job. If you are interested about her inner motivation, her way of thinking and the steps toward becoming the director of a regional office as a woman, you will have the chance to learn about her professional development, milestones in her career and her personal advice to others. We believe that her story could give us all the strength that we need for the everyday challenges we face. 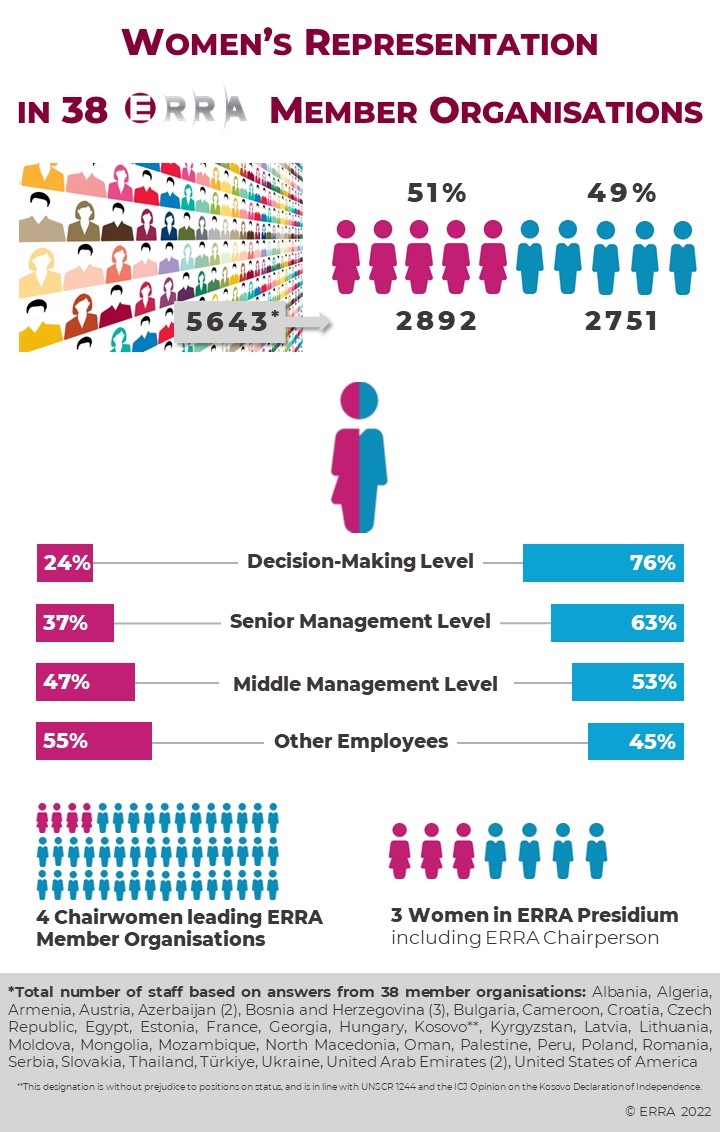 Ms Andrea Lenauer is Senior International Relations Advisor at the Austrian regulatory authority E-Control. Her career started in Brussels in 1999 in the European Commission, followed by Vienna when joining VERBUND in 2000; For 21 years now, she has put a lot of energy and passion into international cooperation of regulatory authorities in Europe and beyond and set up the CEER representation Brussels. She was also a pioneer in the Energy Community, acting as Head of Section for the Energy Community Regulatory Board (ECRB).

Since 2016, she has shared her knowledge about the process of liberalisation and European regulation and her international experience with mentees in the ICER Women in Energy programme. Andrea is ERRA liaison member and ERRA Electricity Committee Member and active in its Gender Equality programme. Her expertise combines soft skills, capacity building, the energy transition, and European policies.

On a self-employed basis, she works as a trainer for pupils and students and teaches them studying skills. She is also active as a life and social coach advising women between 30 and 45 regarding challenges in work and life (see: www.lenauer.at).

Dr. Dörte Fouquet is specialized in EU law and international legal relations, with focus on competition, infra-structure, energy and environment. She is legal advisor to companies, finance institutions, associations, governmental agencies in Germany and other EU Member States, EU institutions and on international level.

Paula was appointed as the Chair of the Australian Energy Regulator and to the board of the Energy Security Board at a time when Australia began what is now arguably the world’s fastest energy transition.  Last year, she was appointed to board of Singapore's Energy Market Authority to help steer the country through its Energy Story.  Most recently, Paula has been nominated to sit on the board of PJM.

Paula has over 25 years as an executive in organisations or as regulatory Chair and board member. She is often called on to consult and advise executives and directors on leadership, corporate governance, political networking and leading transformational change.

Paula is highly regarded for her ability to bring together disparate interest groups to work through technically complex and contentious issues. In her roles as Chair, adjudicator and corporate executive, she has extensive experience in organisational governance and building culture for effective performance.

With a strong background in the energy sector, both in Australia and Canada, Paula has worked with various organisations, associations, regulated and unregulated businesses, governments and ministerial departments to influence sustainable change and growth. Her areas of influence include policy development, strategic direction and critical thinking, resolving conflict within teams, improving communication across stakeholders, managing change, building resilience, improving people performance practices and team formation.

Paula is married to Ron, a retired York Regional Police staff sergeant and has 2 young adult children. Alanna, 21 is studying midwifery and nursing in Melbourne, Australia and works as a Personal Support Worker.  Gabriel, 19 is studying his Bachelor of Arts in law in Ottawa, Canada and is a reservist with the Canadian Armed Forces.

Prior to this, Ms. Verschuren was president of The Home Depot Canada. She oversaw the growth of the company’s Canadian operations from 19 to 179 stores from 1996-2011, increasing revenue from $600 million to $6 billion.

Her career began at the Cape Breton Development Corporation. She then worked with Canada Development Investment Corporation to help privatize crown corporations. Her next stop was as a Vice President of Corporate Development at Imasco Ltd., one of Canada’s largest holding companies. Ms. Verschuren then launched Michaels of Canada, a chain of arts and crafts stores.

Ms. Verschuren sits on the corporate boards of Liberty Mutual, CNRL, Air Canada and Saputo.  Annette Verschuren is Chair of the Sustainable Development Technology Canada (SDTC) and is Chair of the MaRS Discovery District. She co-chairs the Smart Prosperity Initiative, which is mapping out a course to a stronger, cleaner economy for Canada.

Ms Verschuren is the Chancellor of Cape Breton University and is on the Board of the Verschuren Centre for Sustainability in Energy and the Environment, (VCSEE).

Ms. Verschuren is a Companion of the Canadian Business Hall of Fame. She champions volunteerism and was named to the Order of Canada for her contributions to the retail industry and corporate social responsibility.

Audrey Zibelman leads X’s moonshot for the electric grid. Her team is developing new computational tools to enable the rapid and cost effective decarbonization of the electrical grid.

Audrey has spent over three decades leading organizations with the goal of making power cleaner, more affordable and more reliable. She is an international expert in power system transformation, regulation, markets and operations. She’s also been a utility executive, regulator, system operator and entrepreneur.

Audrey joined X from the Australian Energy Market Operator (AEMO) where she was the Managing Director and CEO. AEMO plans and operates the electricity and gas systems and markets for Australia. Prior to AEMO, Audrey was the Chair of the New York Public Service Commission where she was a member of the Governor’s cabinet and oversaw the electric, gas, water, steam and communication utilities in New York. While in New York, Audrey oversaw massive regulatory reform of the electric industry to support a decarbonised grid, known as Reforming the Energy Vision, or REV. Audrey has also held executive roles at utilities companies PJM and Xcel Energy and was the founder and CEO of Viridity Energy.

When she’s not working to keep the lights on, she’s hiking the hills of San Francisco and playing tennis with her husband Bruce, or spending time with their children and grandchildren.

The Honorable Colette D. Honorable is a highly regarded policy maker in domestic and international energy sectors. For over a decade, she has been a global leader in energy, focusing on clean energy integration, energy storage integration, infrastructure development and energy efficiency. Honorable is a member of Reed Smith LLP’s Energy and Natural Resources Group where she leads the energy regulatory group. In this capacity, she is a trusted legal and strategic advisor to her clients, many of which are Fortune 500 entities.

Prior to joining Reed Smith, Honorable served as a Commissioner at the Federal Energy Regulatory Commission (FERC). She was nominated by President Barack Obama and unanimously confirmed by the U.S. Senate in December 2014 for a term that expired in June 2017. At FERC, Honorable focused on reliability oversight of the bulk power system, cyber and physical security, oversight of wholesale markets, transmission planning and cost allocation in regional transmission organizations, gas-electric coordination, renewables integration, energy storage integration and valuation, enforcement, ratemaking and infrastructure development. Honorable led the agency’s engagement on the Clean Power Plan, was integral in the development of an energy storage policy statement and the development of policy frameworks supporting energy storage market participation. During her tenure, Honorable represented the US in the 2015 Second High Level Plenary Meetings at the International Energy Association, a global convening of countries for the purpose of defending and confirming climate action goals in advance of the 2015 Paris Climate Conference.

In recent years, Honorable has provided technical expertise and regulatory support for energy regulators and policy makers in Africa, Australia, North and South America (including several provinces in Canada, Mexico and Brazil), throughout Europe (including the Baltic Region, throughout Europe (including France, Greece, Italy, Slovenia and Spain), the Eurasian Region (Azerbaijan and Turkey) and the Caribbean. In this work, she has supported clean energy integration, energy storage development, transmission planning and cost allocation, and providing technical support for the development of integrated resource planning processes that focus on integrating renewables and storage to support both reliability and resilience as well as developing public, transparent processes to resolve consumer and regulatory disputes. This work has also included supporting energy market reforms in Australia, representing the US in the execution of an MOU with Brazil focused on clean energy integration, and serving as a convener and presenter of the first bilateral among US and IberoAmerican regulators.

Honorable joined the FERC from the Arkansas Public Service Commission (PSC), where she began as a Commissioner in October 2007, and led as Chairman from January 2011 to January 2015. During that time, Honorable also served as past president of the National Association of Regulatory Utility Commissioners, and served as treasurer and chairman of the audit and investment committees. As president, Honorable focused on pipeline safety, reliability and resilience and workforce diversity. During this time she participated in the Electric Subsector Coordinating Council, a high-level coalition of public and private sector entities focused on ensuring resilience nationally. She has testified before Congress on multiple occasions on a range of energy issues, and most recently advised and appeared before the US House Select Committee on the Climate Crisis to discuss nuclear energy opportunities and challenges.

Honorable serves on the Board of Directors of Southern Company (NYSE: SO), and previously served on the board of directors (and the Executive and Compensation & Leadership Development Committees) of the Electric Power Research Institute, a global nonprofit research and development institution driven to support the energy sector through investment in artificial intelligence and data analytics as well as efficient electrification. Honorable is a former member of the Summit Utilities, Inc. Board of Directors, sitting on the Compensation and Safety Committees.