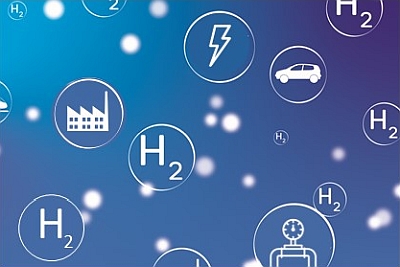 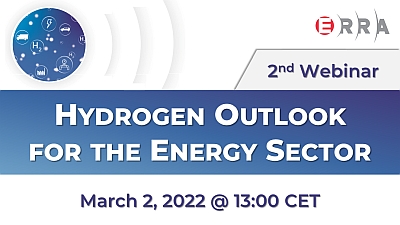 ERRA continues to discuss hydrogen within its platform as an element of the Natural Gas Markets and Economic Regulation Committee workplan. The second ERRA webinar on Hydrogen on March 2 will have a twofold focus:

Attila Nyikos is an international lawyer by formation from the Eötvös Lóránd University Budapest, Faculty of Law and Political Sciences (1994), and obtained D.E.A (masters degree) in International Environmental Law from the University of Geneva (2001), and currently a PhD candidate of the University of Pécs Faculty of Law Doctoral school (2018). For more than 25 years Mr. Nyikos has been following a legal career in varying positions, in the Ministry of Foreign Affairs, the UN Mission of Hungary in Geneva (Disarmament), Head of Legal and International Department of the National Directorate General for Disaster Management – Ministry of Interior, and most recently for 7 years as Vice President for International Affairs of the Hungarian Energy and Public Utility Regulatory Authority. As former energy regulator, Attila is a Honorary Member of and has been the Vice President of the Energy Regulators Regional Association (ERRA) and former member of ACER Board of Regulators. He was the producer, legal reviewer, co-writer of numerous books: Geothermal Atlas of Hungary (2016), Hydrocarbons in Hungary (2018), and Geothermal Budapest (2019). Mr. Nyikos is fluent in English, French and Russian. Attila is a volunteer of the Hungarian Red Cross since 1991.

Dr. Sunita Satyapal is the Director for the U.S. Department of Energy’s (DOE’s) Hydrogen and Fuel Cell Technologies Office and coordinates activities across offices for the U.S. DOE Hydrogen Program. She is responsible for more than $150 million per year in hydrogen and fuel cell research, development, demonstration, and deployment activities. She has two and a half decades of experience across industry, academia, and government, including at United Technologies managing research and business development, and as a visiting professor. She also coordinates across international hydrogen activities and is currently Vice-Chair of the International Partnership for Hydrogen and Fuel Cells in the Economy, a partnership among over 20 countries to accelerate progress in hydrogen, and she serves as co-lead for hydrogen efforts within the Clean Energy Ministerial and Mission Innovation.  She received her Ph.D. from Columbia University and did postdoctoral work in Applied and Engineering Physics at Cornell University.

She has numerous publications, including in Scientific American, 10 patents, and a number of recognitions including a Presidential Rank Award.

A master graduate of the Centre for Europe at the University of Warsaw and Warsaw School of Economics. Participant of the International Visitor Leadership Program (IVLP) in the field of energy security and innovation organised by the US Department of State.

He gained professional experience working as a consultant and market analyst in the field of regulatory and investment risks as well as public affairs advisory for the energy companies. In 2015-2016, he worked at the Ministry of Energy in the Oil and Gas Department. In 2016-2018, he was the energy attaché at the Permanent Representation of Poland to the European Union in Brussels. From 2019, he works as a seconded national expert at the European Commission, Directorate-General for Energy, where he deals with the Internal Energy Market.

He is also an author of publications on EU energy policy and advocacy of economic interests in the EU.

Justin Rosing has joined the European Commission in March 2020 to work on the hydrogen and gas market decarbonisation package that the European Commission will launch at the end of this year as part of the European Green Deal. He specifically focusses on a regulatory framework for hydrogen. He is seconded from the Dutch Ministry of Economic Affairs and Climate to the European Commission. Within the Dutch Ministry he has worked on the (bilateral) energy relations between the Netherlands and Germany as well as the Netherlands and Belgium. In addition, he represented the Netherlands in the Pentalateral Energy Forum, a regional energy cooperation forum between Germany, France, Austria, The Netherlands, Belgium, Switzerland and Luxembourg. Justin Rosing holds a bachelor degree in European Studies and master degree in European Union Law. He has followed a MBA on new energy realities at the Energy Delta Institute Groningen.

Emanuele Bianco is a Programme Officer at the IRENA. He is the lead author IRENA’s Green Hydrogen Policy Guides, which present in an organic way the main policies to support green hydrogen transition from niche to mainstream. Emanuele’s contribution includes also analysis on the renewable energy market in Southeast Europe, auction design, heating and cooling policies and power market structures.

He has a combined twelve years of experience in renewable energy policy analysis, gained also in the IEA and in the Italian state-owned agency GSE.

He has received an M.Eng. in Nuclear and Energy Engineering from the Polytechnic School of Turin.

Clara Bowman is the General Manager of HIF Global. She has significant experience in leading teams in the development of large scale infrastructure projects in Latin America. Prior to moving to Chile, Clara worked in Perth, Australia as a corporate attorney at Freehills. She also serves as a Director of AUSCHAM, the Australian Chilean Chamber of Commerce. Clara has degrees in law and environmental science from Murdoch University, Western Australia.

In ACWA Power since 2009, Dr. Lovato has contributed to the impressive growth of the company leading the development of several IPPs in the region and various global landmark projects, escpecially in the renwable and hydrogen sectors. Among those one of the largest utilty scale green hydrogen production projects in the world, which indicates to the sector the way ahead for the development of such mega-projects accelrating enegy transition.

He is leading the newly created funcition at ACWA Power for Green Hydrogen.

Dr. Lovato recevied a Ph.D. in Engineering from the Technical University of Denmark in Copenhagen and is located at ACWA Power Dubai’s office being based in the region since 2005.

If you are interested only in a particular session,
click to watch on YouTube, expand the video’s description and jump directly to it by clicking the timeline links.

If you are interested only in a particular session,
click to watch on YouTube, expand the video’s description and jump directly to it by clicking the timeline links.